A young man guilty of hacking several three-letter US agencies has been sentenced today to two years in prison, according to a press release from the Department of Justice.

Andrew Otto Boggs, 23, of North Wilkesboro, North Carolina was part of a hacking group named Crackas With Attitude (CWA), which between late 2015 and early 2016 has hacked a large number of government agencies and officials, and have dumped sensitive data on the Internet.

Group has a short history, but many hacks

The group became famous in late 2015 when they hacked the personal AOL account of then CIA boss John Brennan. 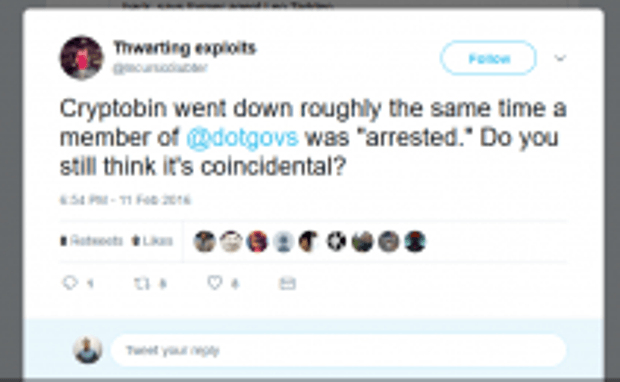 In addition, the group dumped online the details of 2,400 US government officials, 80 Miami police officers, 9,000 DHS employees, and 20,000 FBI staffers.

There are unconfirmed rumors that the last data dump is where the hackers made their biggest mistakes. The group dumped the data online via the CryptoBin service. Hours later, the service went down, and many suspected law enforcement had seized CryptoBin’s servers in order to track down the group.

After this incident, the group’s members started getting arrested left and right.

All group members arrested in the span of nine months

First to fall was CWA member Derp, a 16-year-old teen arrested by UK cops on January 25, 2016. The second was the group’s leader, another 16-year-old UK teen known as Cracka, arrested in early February. A week later, UK cops arrested a Scottish 15-year-old who was known online as Cubed.

While legal proceedings are still ongoing in the UK, both Boggs and Liverman pleaded guilty in January. Boggs was sentenced first, while Liverman will hear his sentence in over a month, on July 28.

In total, US authorities say CWA targeted four US government agencies and ten individuals, causing damages of over $1.5 million.

During its existence, the CWA group heavily advertised their hacks, gave interviews to media members, and promoted the #FreePalestine movement.