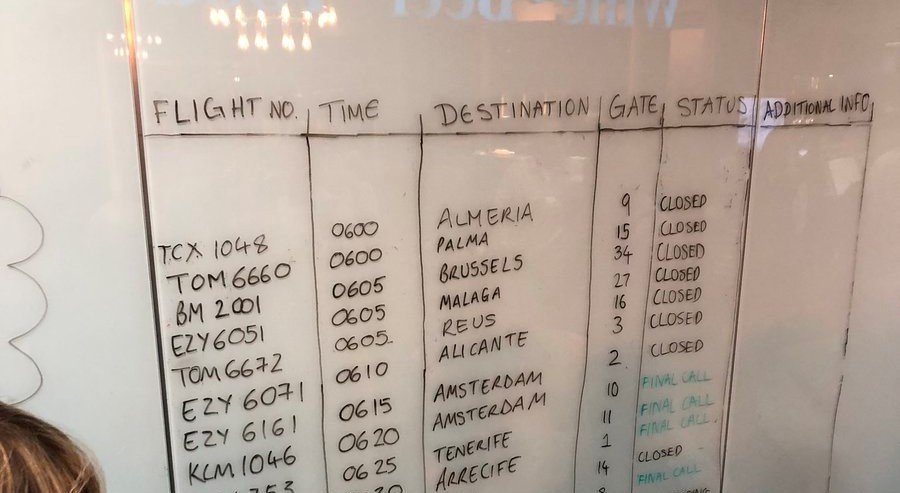 The infection appears to have entered the airport systems on Friday morning (UK time), according to the Bristol Airport social network accounts. The airport authorities warned the passengers all over the weekend of the incident and asked them to arrive early and give additional time for the check-in process.

Throughout the weekend, airport officials resorted to the use of paper posters and white boards to announce the check-in and arrival information of flights passing through the airport between Friday, Saturday and Sunday.

In statements to the local press over the weekend, airport officials mentioned that they did not intend to pay for the ransom requested by the attacker and opted to withdraw their systems while specialists in ethical hacking attended the affected computers.

Bristol authorities confirmed that no flight was affected by this incident.

The functionality of the affected systems was restored on Sunday morning, local time. For Sunday night all the airport systems had returned to normal.

“We thank the passengers for their patience as we worked to solve the inconvenience that has arisen this weekend. Digital displays work normally now. We will continue to work to solve any other fact derived from the attack on our systems”, the Bristol Airport published via Twitter.

This is not the first time that an airport has disadvantages caused by ransomware attacks. Last March, specialists in ethical hacking from the International Institute of Cyber Security reported that Atlanta Hartsfield-Jackson International Airport shut down its internal Wi-Fi network as a security measure, because the Atlanta City Government Network suffered a ransomware attack.